99-year-old Betty Reid Soskin with the Obamas in “No Time to Waste,” part of the Legacy film … [+] Festival on the “civil rights” program of aging.

When I attended the Legacy Film Festival on Aging in San Francisco a few years ago, I was blown away by the vibrancy of the eclectic films, the lively and eclectic audience, and the woman who sets the tone – founder and CEO, Sheila Malkind.

Because of the pandemic, the festival was canceled last year, but it’s practically back this year with a full program of insightful, funny, sad, inspirational short films and feature films about everything from food to politics to art.

Unfortunately, while you have no excuse to plan a trip to the Bay Area to attend the festival, you can watch 31 films from the comfort of your home from May 24-31, access to all of them costs just $ 50 and is the entertainment (and education and self-care) bargain of the year.

“The stories of aging are the stories of our time,” says Malkind on the LFFOA website. “These films show how the lived experiences of racial justice, women’s equality, family welfare, war and peace and other issues of today affect the eyes of our elders. There are stories of courage and conviction, of events from a long time ago to the present. “ 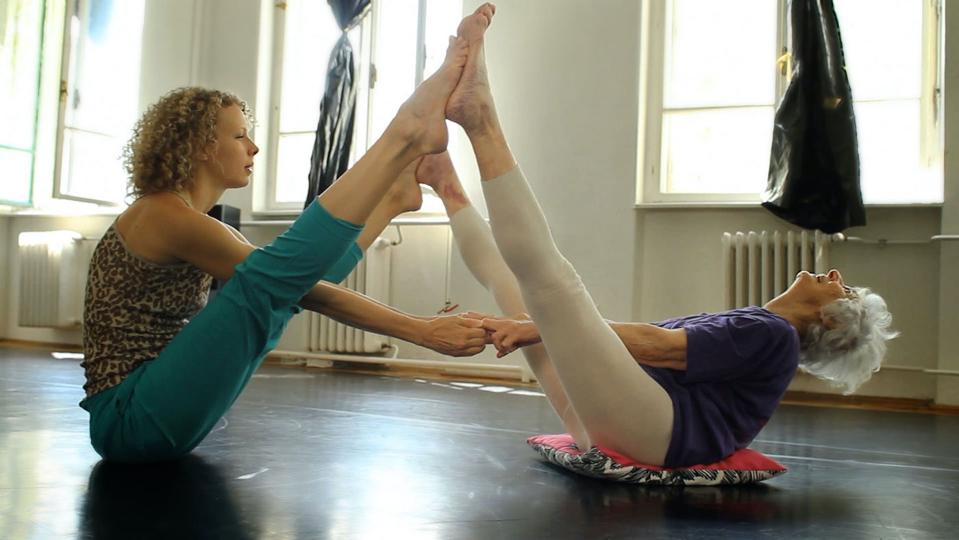 “The Euphoria of Being” is part of the Legacy Film Festival through Aging’s “Darkness and Light” program.

At 83, Malkind is a powerhouse and the perfect person to represent a film festival dedicated to changing the image of aging. In fact, this year’s virtual festival is inspirational in itself, and is put together by staff who wouldn’t exactly call themselves tech experts.

“It was a lesson for me to commit to a stranger and persevere – no matter what!” laughs Malkind.

I’m sad I won’t see Malkind in person this year, but I caught up with her to find out the story behind this year’s film festival.

I am so happy that the festival is back this year. Has the pandemic affected the topic you wanted to introduce in the first place?

Not too much. We had selected many of our films in 2020 and thought we would present our 10th anniversary in October 2020. I had a film that I had held onto for several years and that was waiting for the right timing: the original 1976 documentary, Awakening with Dr. Oliver Sacks. And now we’re showing it in a two-film program, Reframing Disability. The other film, Code of the Freak, is a harshly cynical and amusing documentary about how Hollywood portrays disabled people in films. Hundreds of movie clips showed that Hollywood had tried, but mostly was fed into negative stereotypes. Because of my stroke, I’m much more disability-conscious, and 2020 marked the 30th anniversary of the Disabled Americans Act of 1990. Code of the Freak filmmaker Salome Chasnoff is one of our interviews, this one of a person with Disability, Cristina Rubke. 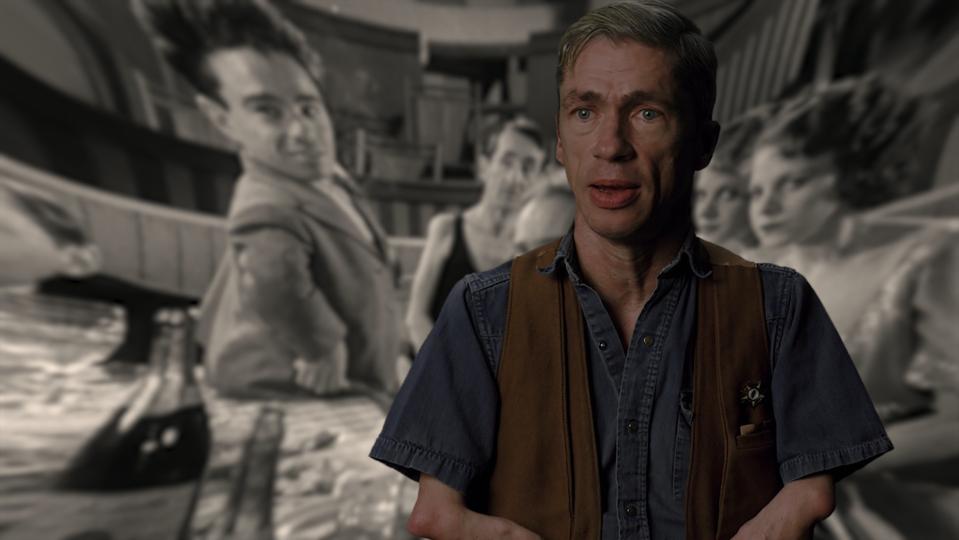 Mat Fraser in “Code of the Freaks”, part of the Legacy Film Festival about “Reframing” of Aging … [+] “Disability” program.

It’s great that you can still have conversations after the screening. These are always so interesting and add so much to the viewing experience.

Yes, we offer seven 20 minute zoom interviews filmed after the screening with a filmmaker and a new but well-qualified interviewer. I am so proud of our work: We were at zero when we fearlessly decided to present our party virtually. We learned a lot.

How did you choose this year’s films?

It sounds strange to say, but in a way, a lot of the films chose us! Or their filmmakers did it. We advertise on Film Freeway, a website where filmmakers pay a small amount (mostly US $ 20 or $ 30 in our case) and submit their films to festivals of their choice. Then our board and some of our volunteer reviewers viewed over 100 submissions – some for 5 minutes, some for an hour or two. It took me months to see it all and then get the majority. The final decision is up to me, which can be nerve wracking. 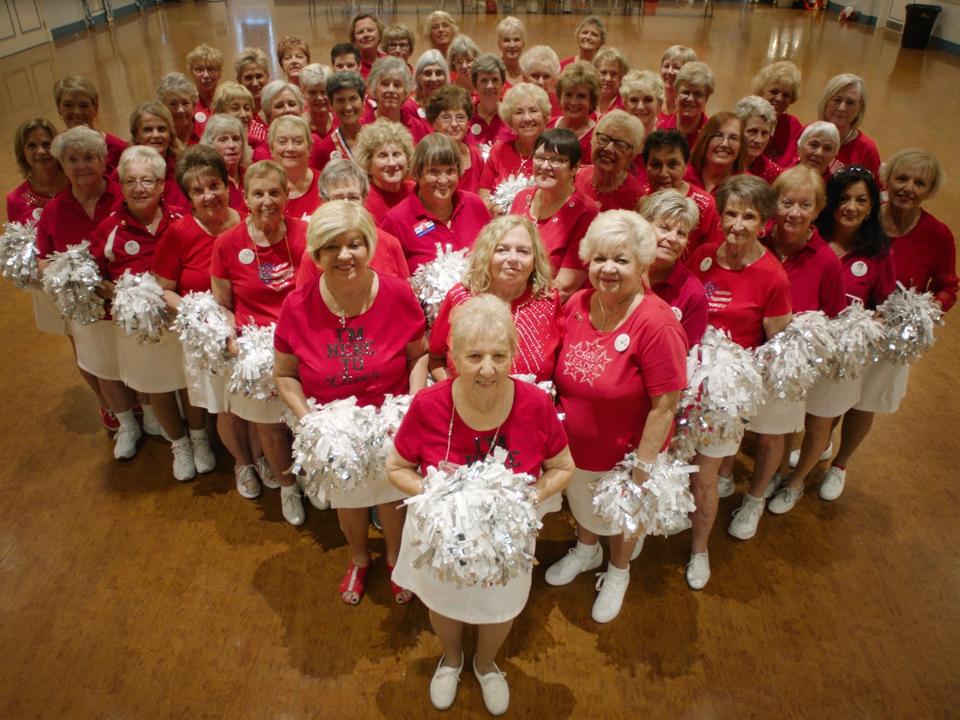 “Some Kind of Heaven” is part of the Legacy Film Festival through Aging’s “Fun & Games” program.

It might seem like asking about your favorite child, but what are some of your personal favorites in this year’s films? Why?

That’s not fair! I love them all! We have a rich variety of films depicting the fullness and depth of later life and we have grouped them into topics like civil rights, buoyancy, courage against hate, fun and games, memory, etc. Each topic will contain one, two or more films in total around 90 minutes. And you can watch all three films for $ 8.00 which is a real deal. If you buy an All Fest Pass for $ 50, you can see everything over eight days. I definitely recommend two programs – to start with. First, Savory Traditions, where short and lengthy documentaries introduce you to a multitude of senior chefs, like 98-year-old Diana Kennedy, and their food – Mexican, black, Japanese-American – as well as a 90-year-old woman, Weezie Mott, who is still one Operates a cooking school in the California Bay Area. What I especially love is their passion for traditions. Second, Legacy Shorts: Fresh Views of Later Life contains nine very short stories of Australian seniors “breaking stereotypes through brave living,” followed by six more varied views of later life, including a 13-minute Swedish film, The Sauna, in which four naked old men sit in a dark, hot sauna and start a discussion about sex.

The festival features films from Australia to Sweden, from Hungary to Cuba and from the USA. We also recorded filmed interviews with six or seven of our filmmakers.

How has the response been so far?

Slowly but steadily. Encouraging. There is more every day Ticket buyers.

What would you like to tell the readers about the festival?

I guarantee you will not go wrong choosing any of our programs.

What are you hoping for next year??

Visit the Legacy Film Festival on the Aging website Buy your tickets for this year’s program now.

Activities in San Francisco this weekend

Do not listing, San Francisco? Meals Drive items are nonetheless...

The town and county of San Francisco announce well being regulation...