Since the lockdown, life behind the dragon gate has been rather quiet. Cocktail lounges and cafes have dimmed their neon lights. Red lanterns sway solemnly in the wind; Shop doors stay tightly closed. The oldest Chinatown in the United States, once a popular tourist destination and beacon for Chinese immigrants, is now threatened with disappearing due to the financial consequences of the pandemic.

The neighborhood is no stranger in need. COVID-19 is just one hurdle the community has faced since it was founded in 1848. For over a century, Chinatown has jointly survived the Chinese Exclusion Law and the Black Plague, bloody turf wars and devastating fires. A strong combination of xenophobia, natural disasters and corporate interests has relentlessly threatened the neighborhood’s very existence. Now Chinatown’s merchants, families and community organizers are once again struggling to survive.

This struggle for recognition is nothing new. Malcolm Yeung, executive director of the Chinatown Community Development Center, says immigrant communities have always had to seek support – and that the virus is exposing the divide between ethnic enclaves and local governments.

“Historically, that has always been the case,” he says. “To meet the needs of our POC and immigrant communities, we need to organize, raise our voices and stand up for them, or it is easy to overlook them. This has never been truer during COVID. “ 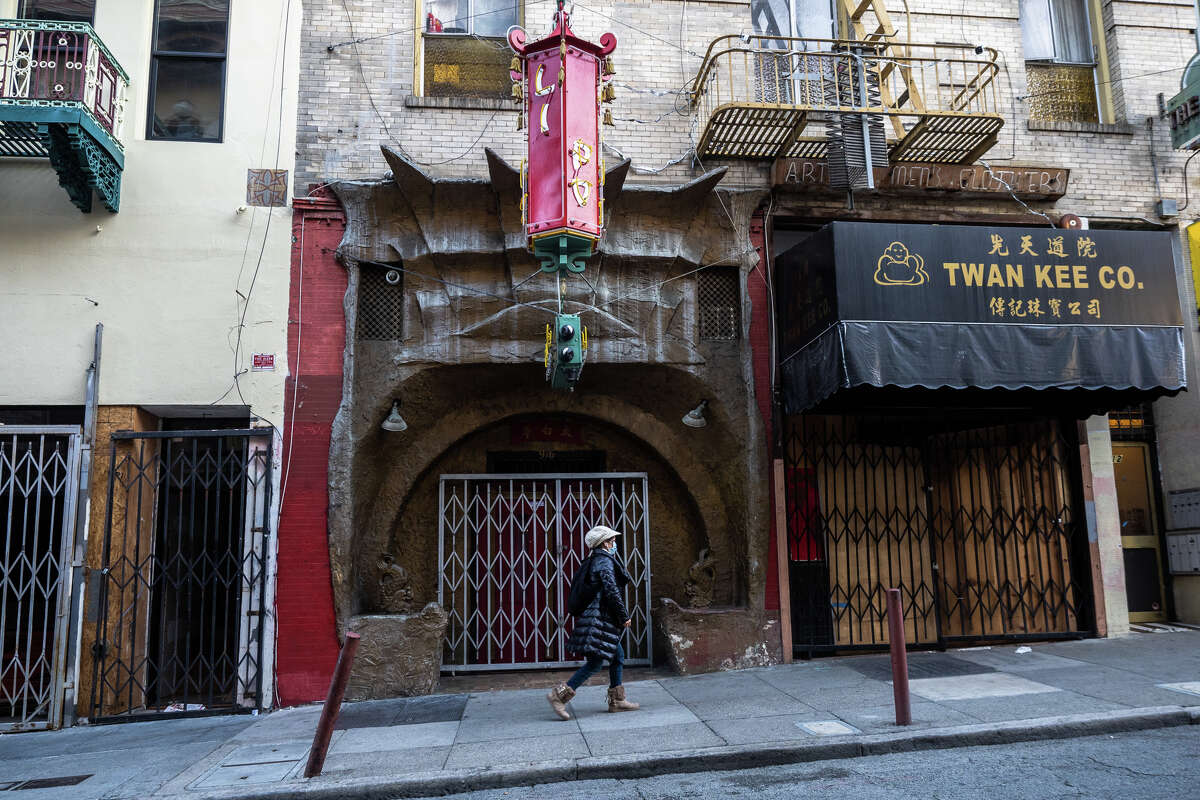 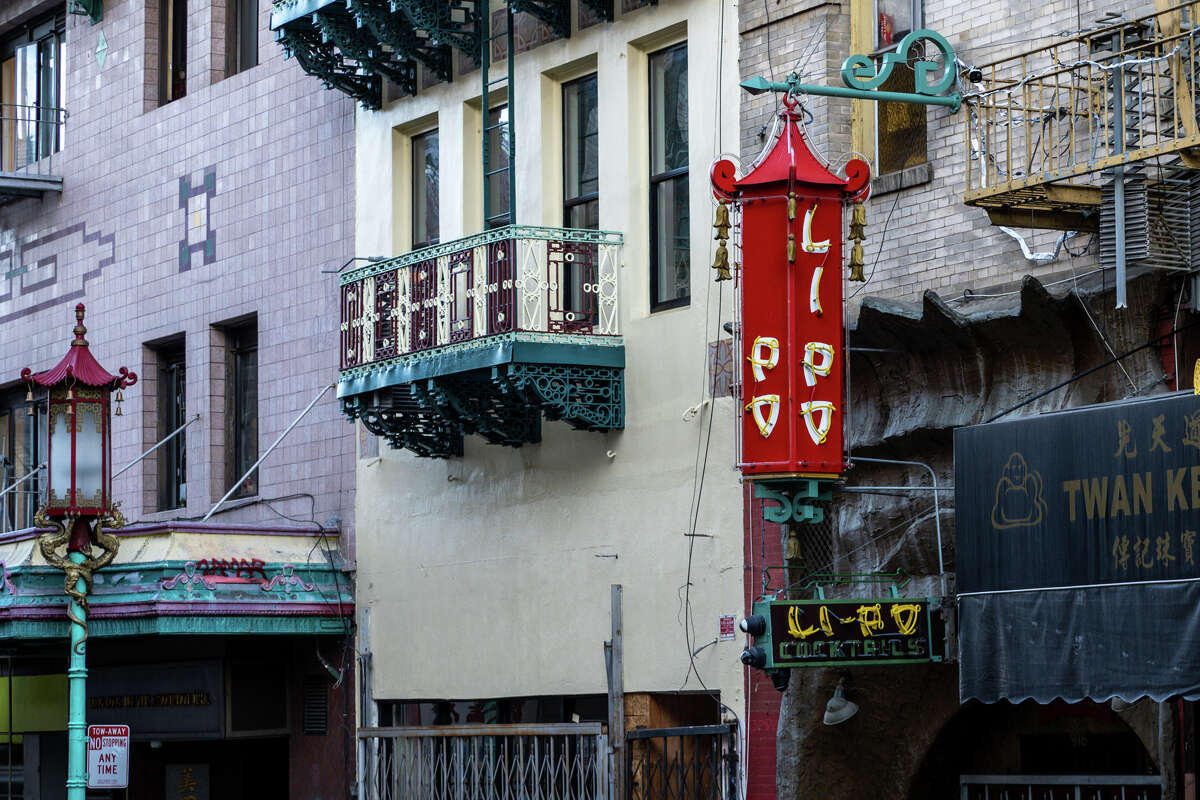 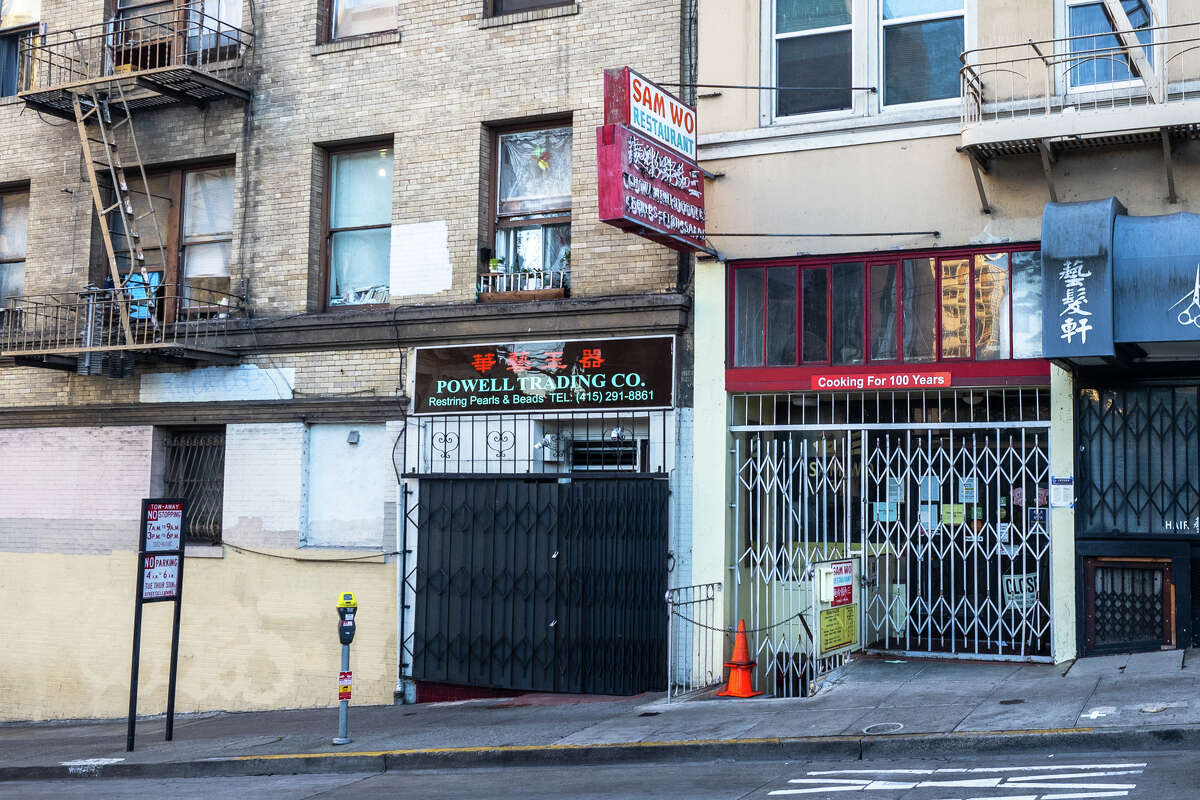 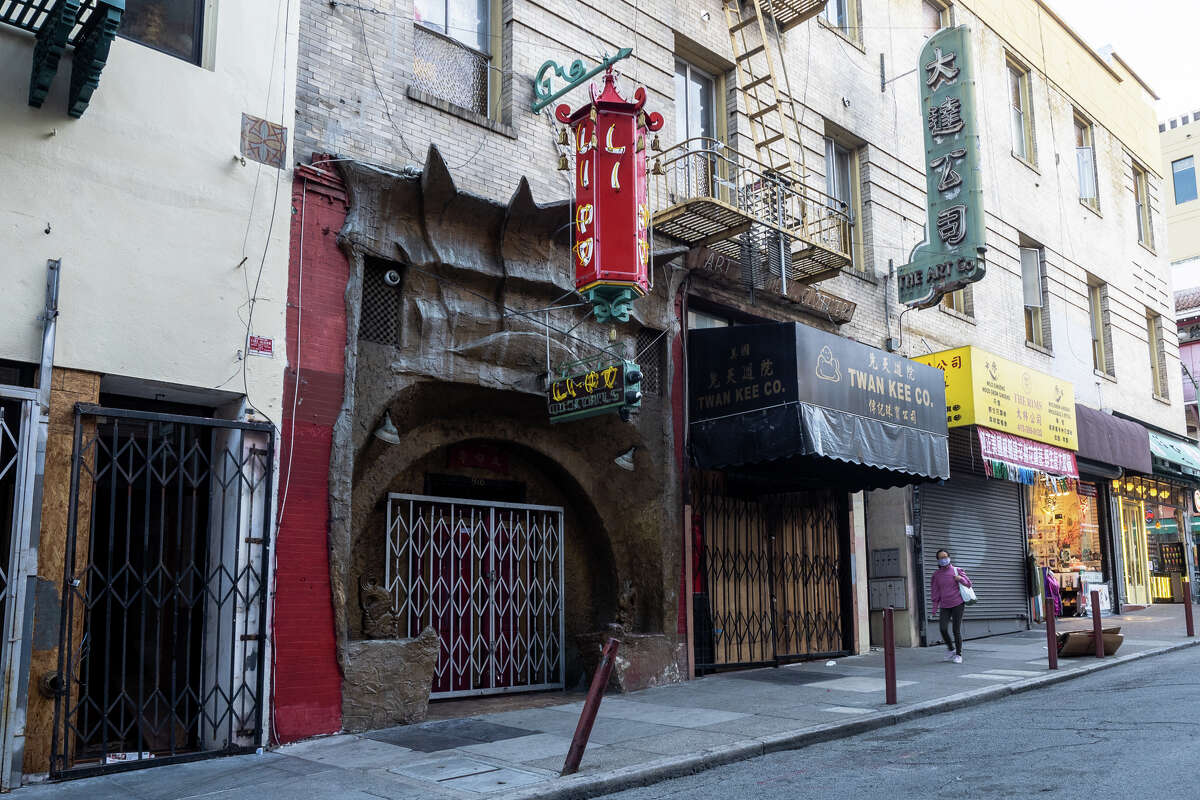 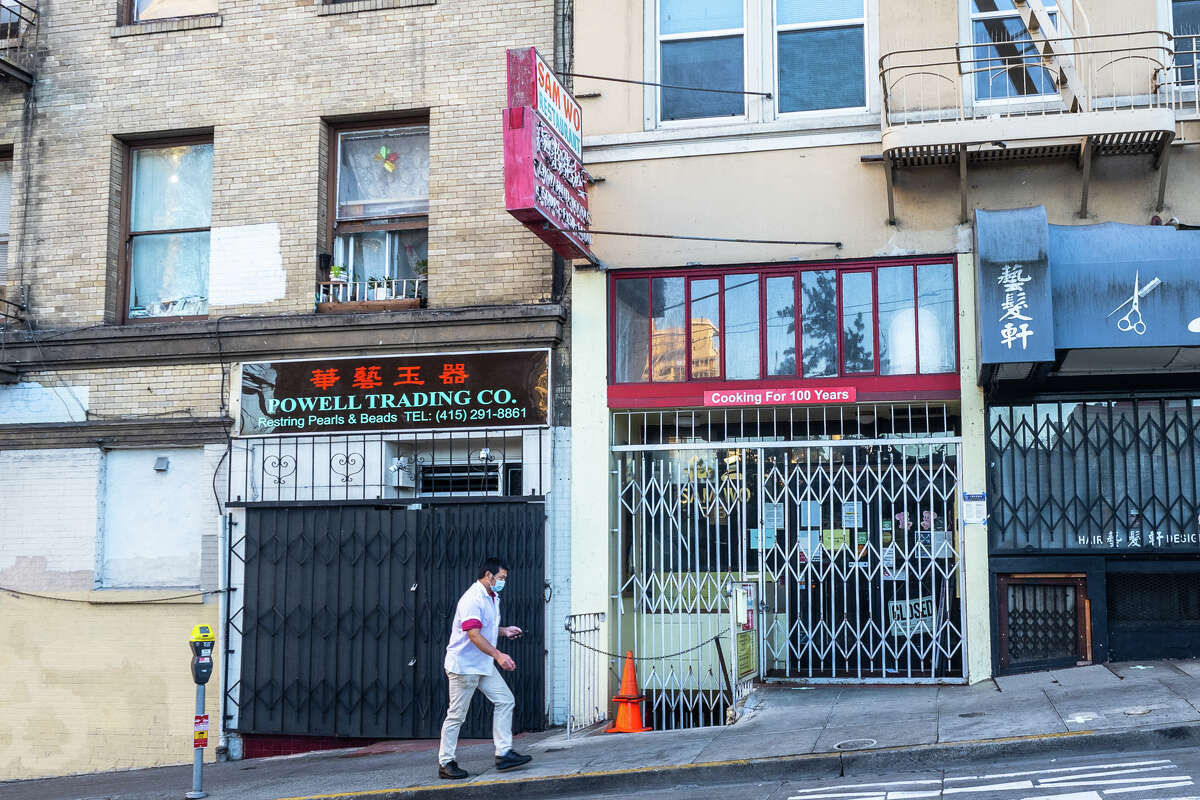 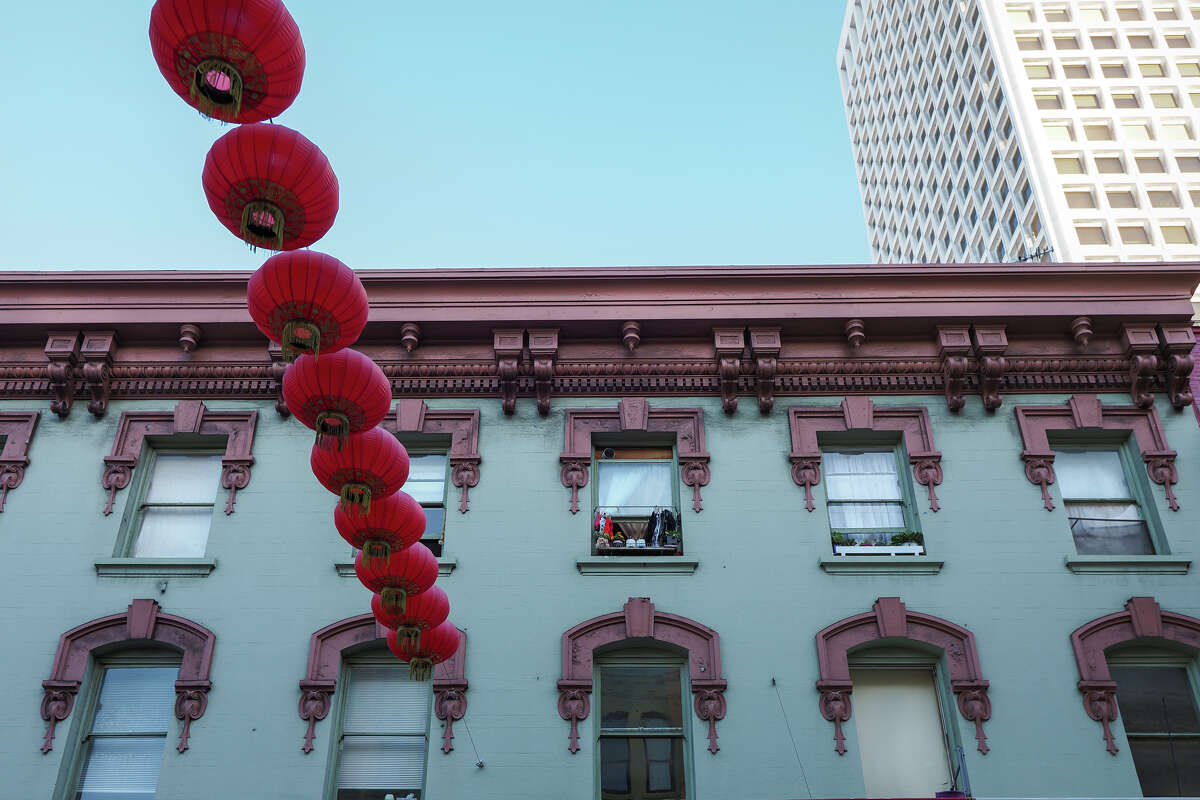 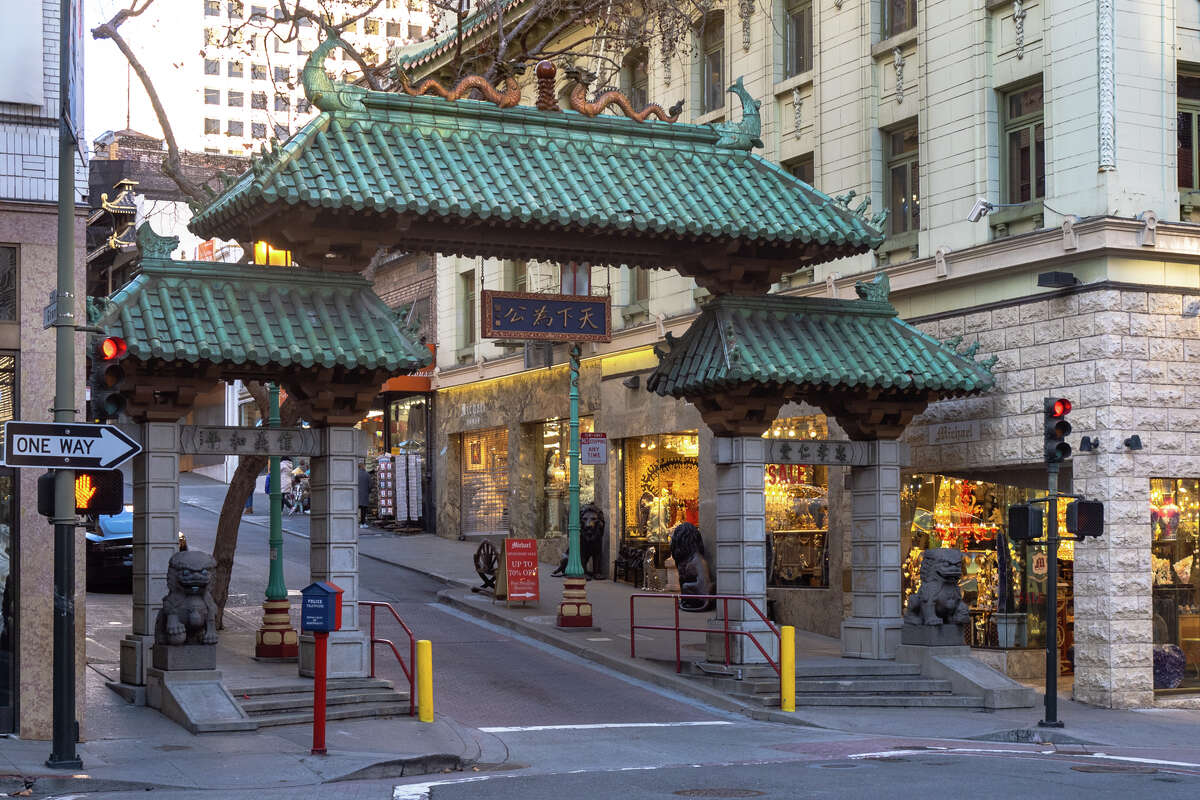 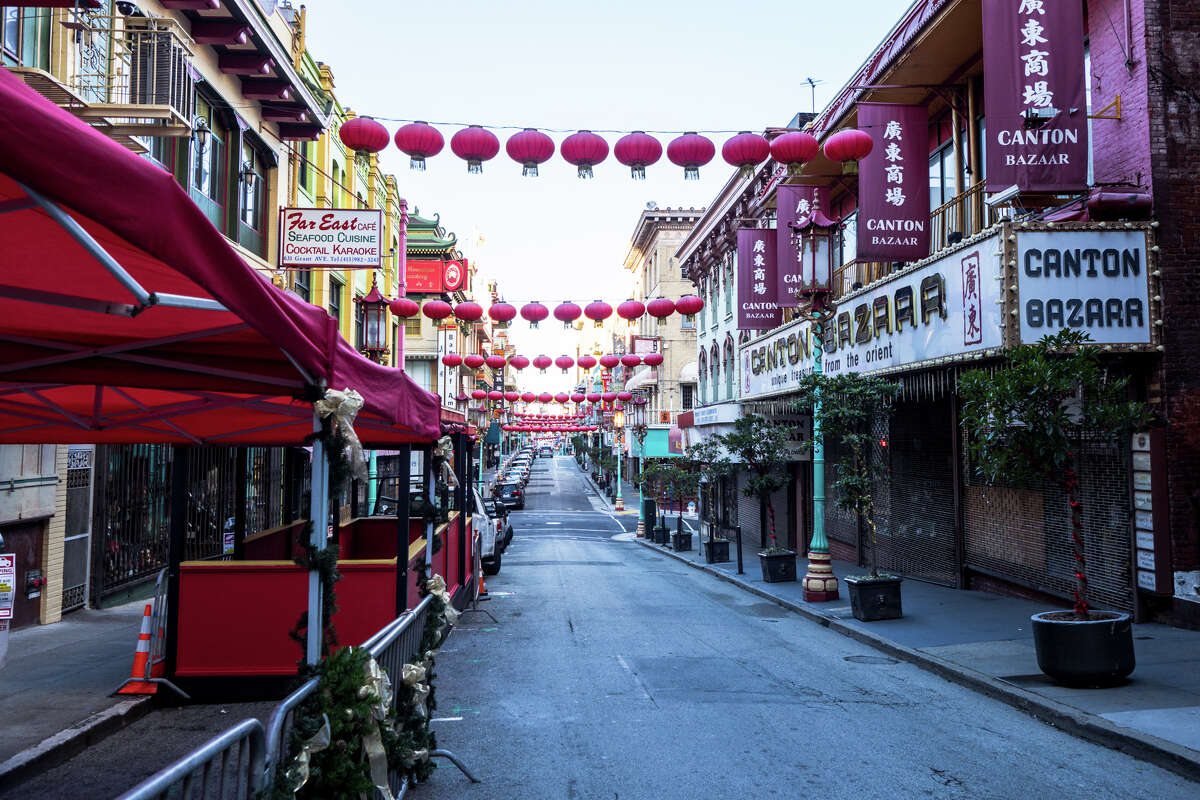 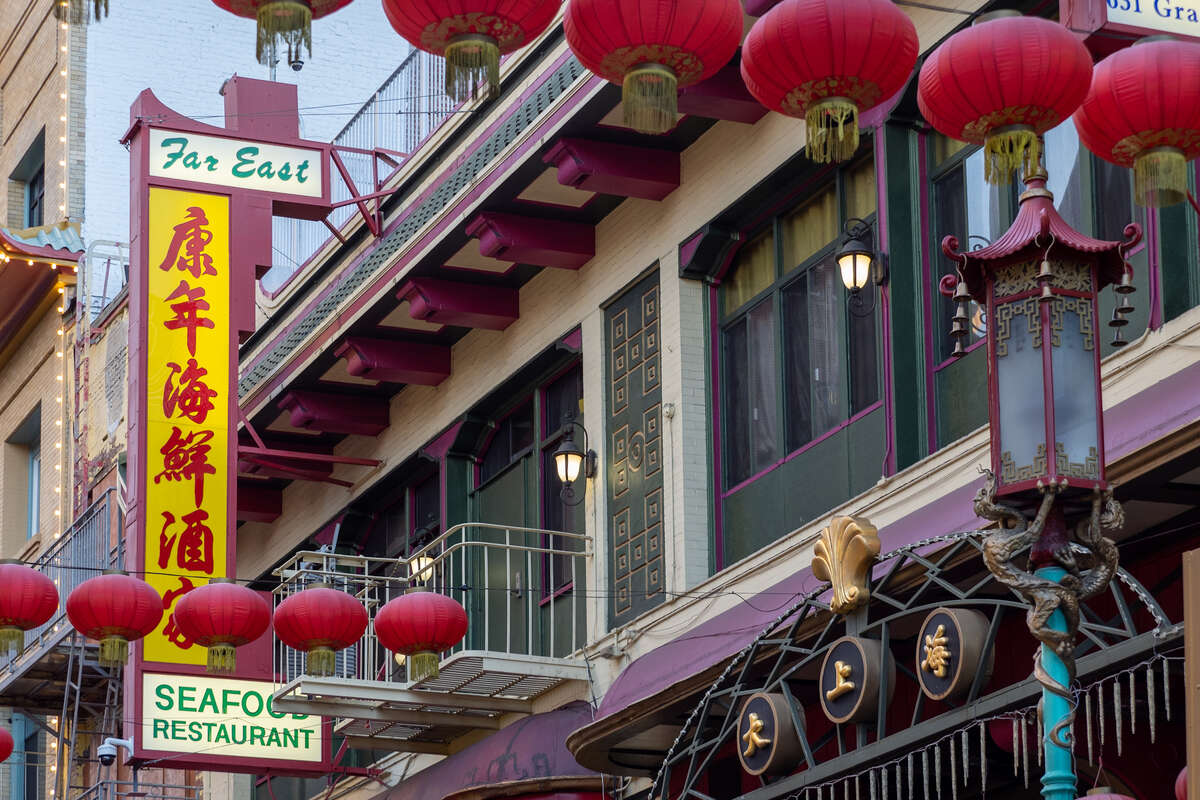 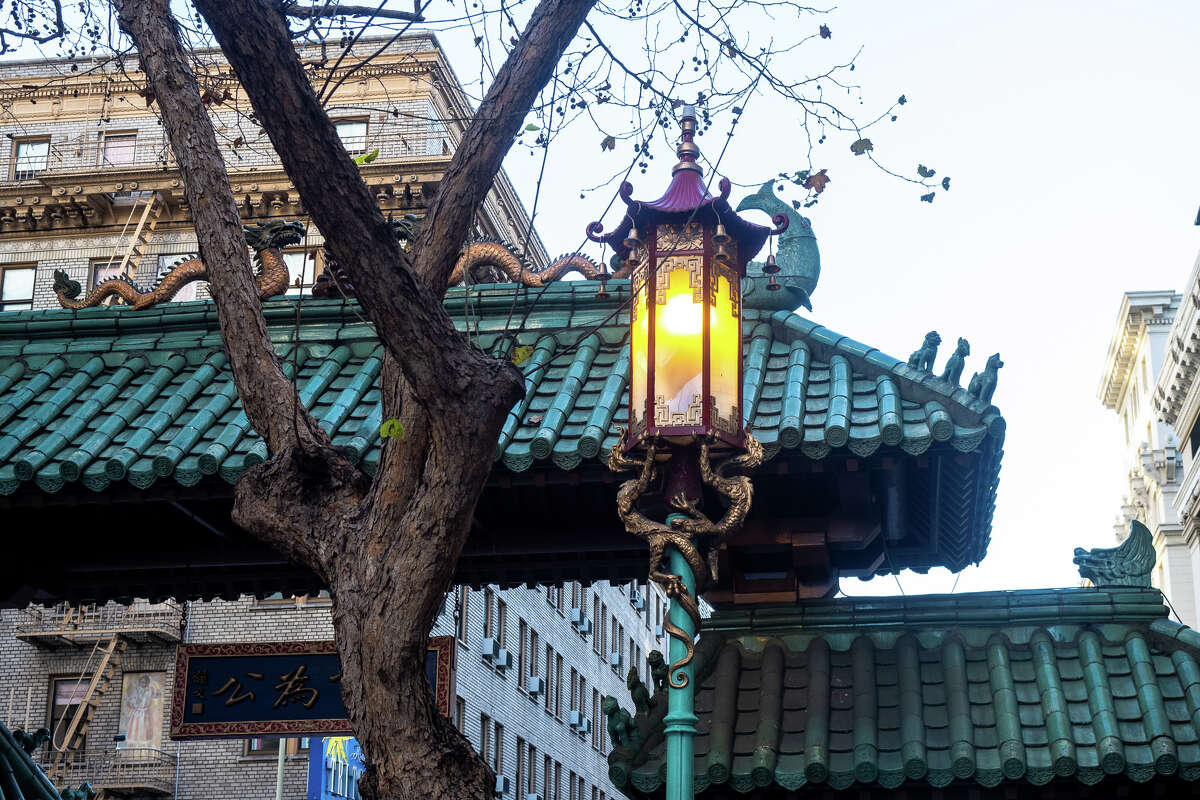 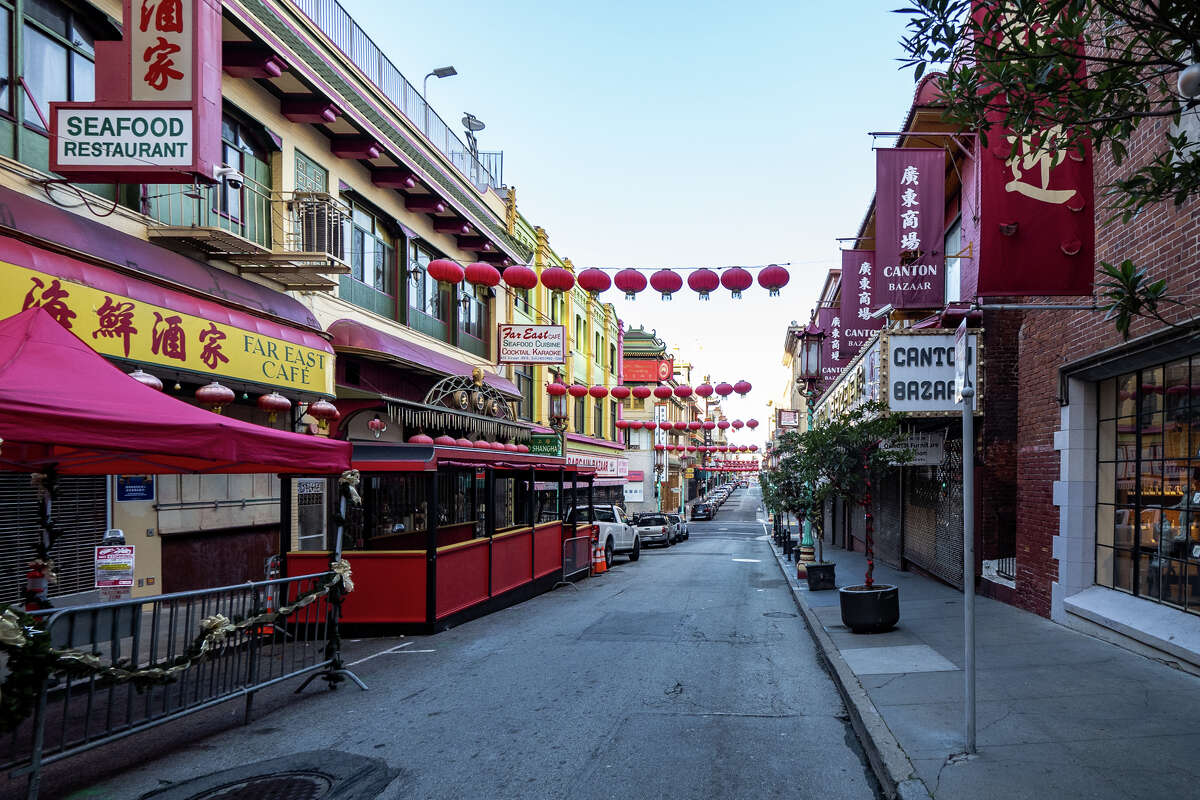 When Chinese immigrants first settled in Tang People Town in the 1850s and opened stores along Grant Avenue – then called Dupont Street – they were quickly attacked by local newspapers and city officials. By the late 19th century, racist rhetoric and political campaigns against immigrants isolated the community. Asian immigrants were second class citizens, and Chinatown was listed as a disease in San Francisco.

The then president of the Manufacturers and Producers Association, A. Sbarboro, once told the San Francisco Call that Chinatown was “a synonym for disease, filth and illegal acts” and that its community “lived”[s] among us in the dirt. “Sbarboro, who proudly founded numerous anti-Chinese clubs, successfully appealed to Congress to enforce Geary Law, which expanded the Chinese Exclusion Law of 1882. This punitive policy against immigrants fueled the notion that the Chinese community was a” terrible threat ” be the peace, harmony and happiness of the people of California ”and that San Francisco was at the forefront of an“ invasion ”. 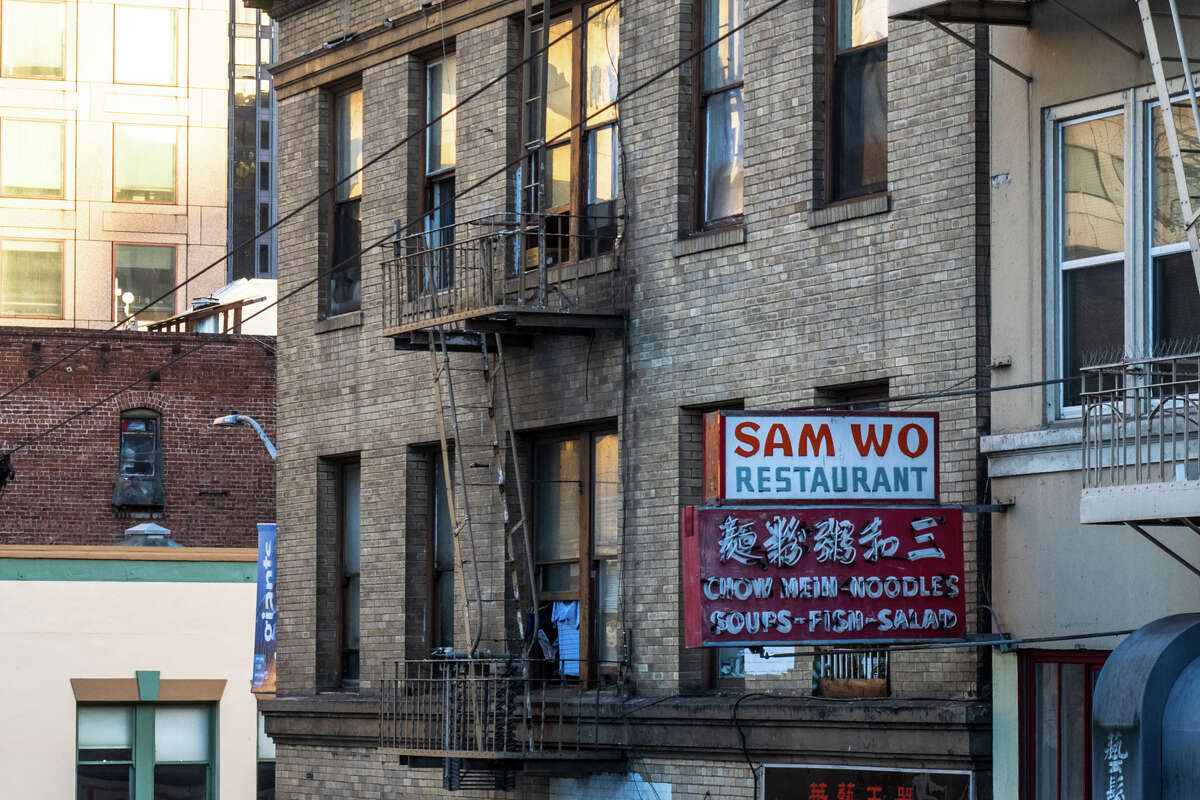 The San Francisco Board of Health approved the immigration measures and even proposed the demolition of Chinatown. “Chinatown, as it is now, can only be sanitized by total obliteration,” states the November 1901 issue of the San Francisco Call. “It should be depopulated, its buildings leveled by fire, and its tunnels and cellars exposed.” . ”

From 1900 to 1904, Chinatown faced another threat: Yersinia pestis, also known as bubonic plague. The outbreak in Chinatown, dangerously overcrowded and impoverished at the time, reinforced the Department of Health’s agenda against immigrants. Journalist David K. Randall, who wrote “Black Death at the Golden Gate,” says the outbreak has been classified as a “racial disease” and city officials wrongly quarantined Chinatown. Residents were not allowed to enter or leave the neighborhood borders, which led to riots. To avoid further punishment, Chinese families hid their sick and dead from “wolf doctors,” the city’s health inspectors.

Over time, politicians have downplayed and denied both the plague and COVID-19, treating them as a uniquely Chinese ailment. As of March 2020, Asian Americans are more likely to die of COVID-19 and report hundreds of hate crimes. California reported over 800 new incidents in a three-month period, according to Stop AAPI Hate, an advocacy group tracking hate crimes against Asian Americans during the pandemic. The attacks, many of which took place in San Francisco, have included everything from physical assault to verbal harassment.

Lawyers, local residents and health officials agree that the interplay of systemic racism and lack of resources contributes to physical and economic hardship in Chinatown. According to the San Francisco Department of Health, the Asian population of COVID-19 deaths in the city accounts for around 35% – the highest of any race category.

Now the pandemic is crippling old Chinatown businesses. According to a survey by the Chinatown Community Development Center in May 2020, Chinatown businesses lost an average of 70% of sales and nearly 200 employee jobs have been lost since the outbreak of the COVID crisis. In July, Malcolm Collier, a professor of Asia-American Studies at San Francisco State University, reported that between 50 and 75% of businesses along certain blocks of Grant Avenue – an area that was once a busy tourist destination – were empty or closed. 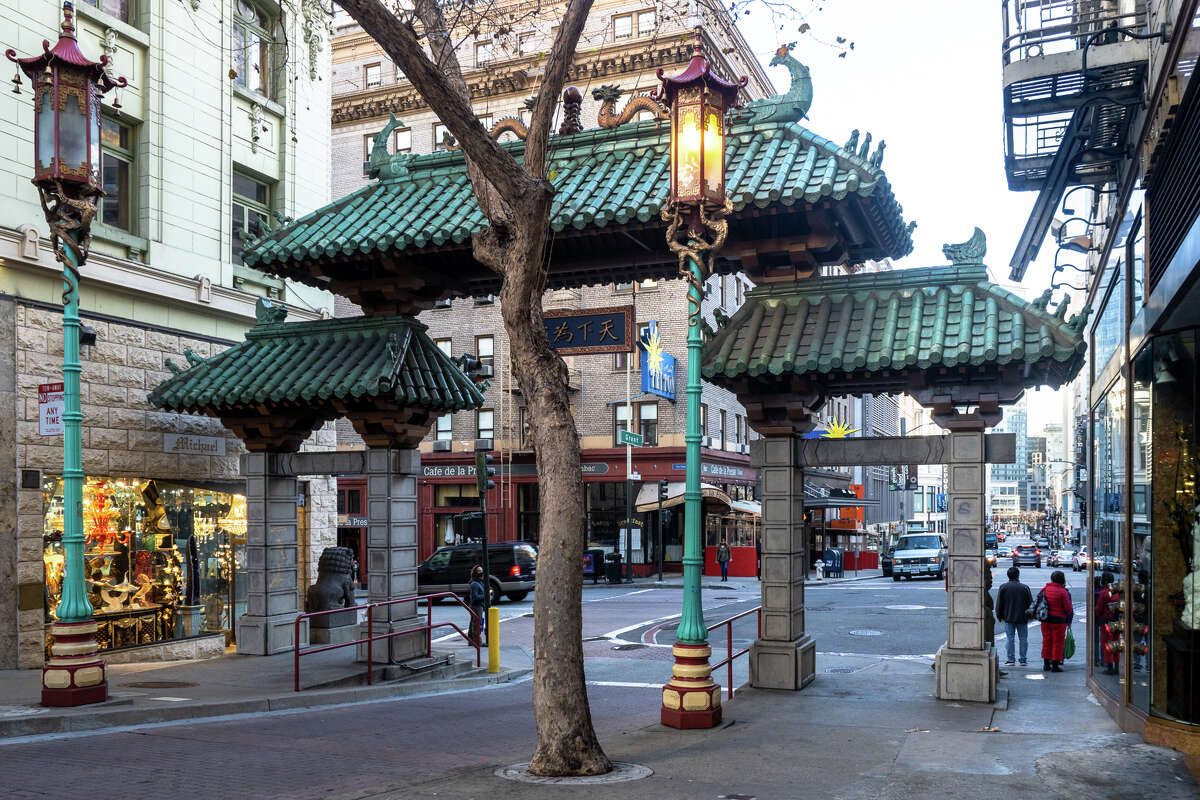 Local restaurant owners quickly became aware of this. Steven Lee, co-owner of the historic Sam Wo restaurant, says the Chinese New Year Parade had a third fewer tourists than usual a month before the lockdown and restaurants in Chinatown were empty. Meanwhile, queues wound around restaurants in Union Square and North Beach around the block. He also says that since the lockdown went into effect, it has been difficult for small businesses to get government support due to language barriers. “Many PPP loans were applied for late because they had to be translated and money was running out at the time [small business owners] I submitted your application, ”he says.

Similarly, Allan Low, a legal representative at Perkins Coie, says Chinatown business owners did not receive PPP funding because the educational materials to access them were not in their native language or their community banks did not participate in the programs. He then said, “Many small businesses in color communities have been excluded.”

But even when restaurants like Sam Wo applied for small, government-funded grants between $ 5,000 and $ 10,000, they were turned down for no reason, according to Lee. “There is no transparency about how they process applications,” he says. To stay afloat, the restaurant had to partner with Help Kitchen, a nutrition program that worked with restaurants in Chinatown to deliver meals to seniors living in SROs. Without this program, Sam Wo would have closed permanently.

Chinatown is fighting for recognition and survival

Sam Wo ended up getting only four months of PPP funding, so companies still have to find creative ways to generate income. But not every restaurant is suitable for takeout, delivery, and alfresco dining. The Far East Cafe, which was just celebrating its 100th birthday, announced that it would close on New Year’s Eve. According to Lee, the 500-seat restaurant booked every night for banquets and parties didn’t have the take-away business model.

It was also difficult for older generations to switch to online take-out and delivery. According to Lee, many immigrant families who own restaurants help their children register on third-party delivery platforms and help out with email correspondence. “Immigrant parents work hard so that their children can become doctors, lawyers and business people. So you don’t have to go back to Chinatown. Now many are coming back to help their parents. “ 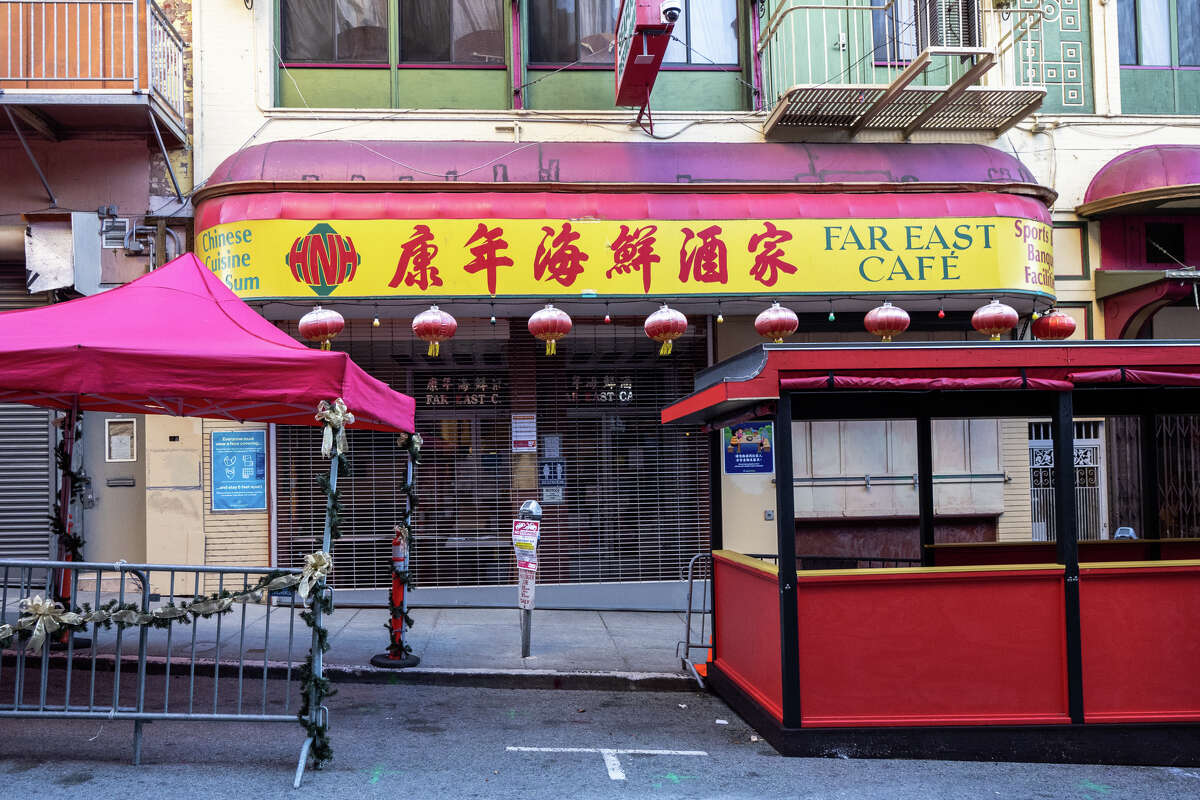 In economic terms, the situation has gotten so bad that entrepreneurs and community organizations in Chinatown jointly wrote a letter to Mayor London Breed asking for more financial support. “Chinatown businesses are facing the increasing effects of xenophobia, business restrictions and the threat of commercial gentrification,” the letter said. “About 50% of the companies we surveyed said they may not survive until 2020.”

Now, with the help of supervisors Aaron Peskin and Sandra Lee Fewer, the city is considering implementing a $ 1.9 million relief plan for the neighborhood’s small businesses. The plan, known as the Chinatown Restaurant Support & Food Security Program, calls for up to 80 Chinatown restaurants, bakeries, and cafes to distribute food to the low-income, food-insecure residents of the community.

However, community organizers still don’t know if it’s enough. “I don’t hope for anything anymore, who knows what’s coming around the corner,” says Yeung cautiously. Even Low does not know if and when the aid plan will be implemented. And while the local government deliberates, Chinatown’s legacy hangs in the balance.

“The heart and soul of San Francisco is arguably its unique neighborhoods, and many, if not most, or the vast majority, have their origins in immigration history.” Yeung says. Without them, the city is “not San Francisco at all”. So what will it be?

Ariana Bindman is a Bay Area freelance writer. You can find her on Instagram at @ ariana.bindman.

UNIQUE, 140-acre BAY AREA IN SAN FRANCISCO, WHICH IS AVAILABLE FOR...

Police are investigating the shooting at the 3 in San Francisco’s...