Since the pandemic, many people have worked from home, sparking a surge in dog adoptions. And now the puppy boom seems to be correlating with a super cute trend in restaurant names too. If 2019 was the year men named their restaurants after their mothers, then it seems the pandemic was the time cooks named their restaurants after their dogs. There are three new restaurants and bars in San Francisco inspired by loyal canine companions: Lucy at Lucinda’s Deli, the popular sandwich shop on Alamo Square; Kona from Konas Street Market, the cool cocktail bar in SoMa; and the esteemed Mr. Digby of Mr. Digby’s, the polished tavern in Noe Valley.

Chef Ryan Chinchilla opened Lucinda’s Deli at the start of the pandemic in 2020, just around the corner from Alamo Square. The new sandwich shop quickly gained a reputation for meaty subs with a chef touch, like mortadella triple-coated with tapenade, bagna cauda mayo and paprika-chilli relish, and roast beef with pickled onions and crispy onions. Chinchilla was previously the chef at Horsefeather, and he’s lived the neighborhood for more than five years and has always loved grabbing a sandwich and bringing his pit bull to the park. Her name is Lucy or Lucinda. “It’s funny because my parents thought it was the worst idea,” says Chinchilla. “They said everyone would think it was a dog food business.”

Lucy is a black and white pit bull, now 10 years old, and “she’s super dumb and cute, just a big dog that looks like a huge cow,” says Chinchilla. She plays the name and logo and likes to relax in front of the shop. According to Chinchilla, many customers ask if the store was named after his mother and he just points at the sign. He believes it added to the mood at Chill Park, and lots of people stop by for sandwiches while walking their dogs. (Side note: Lucy is not allowed to eat her sandwiches of the same name. The big, strong Pittie has a sensitive stomach.) 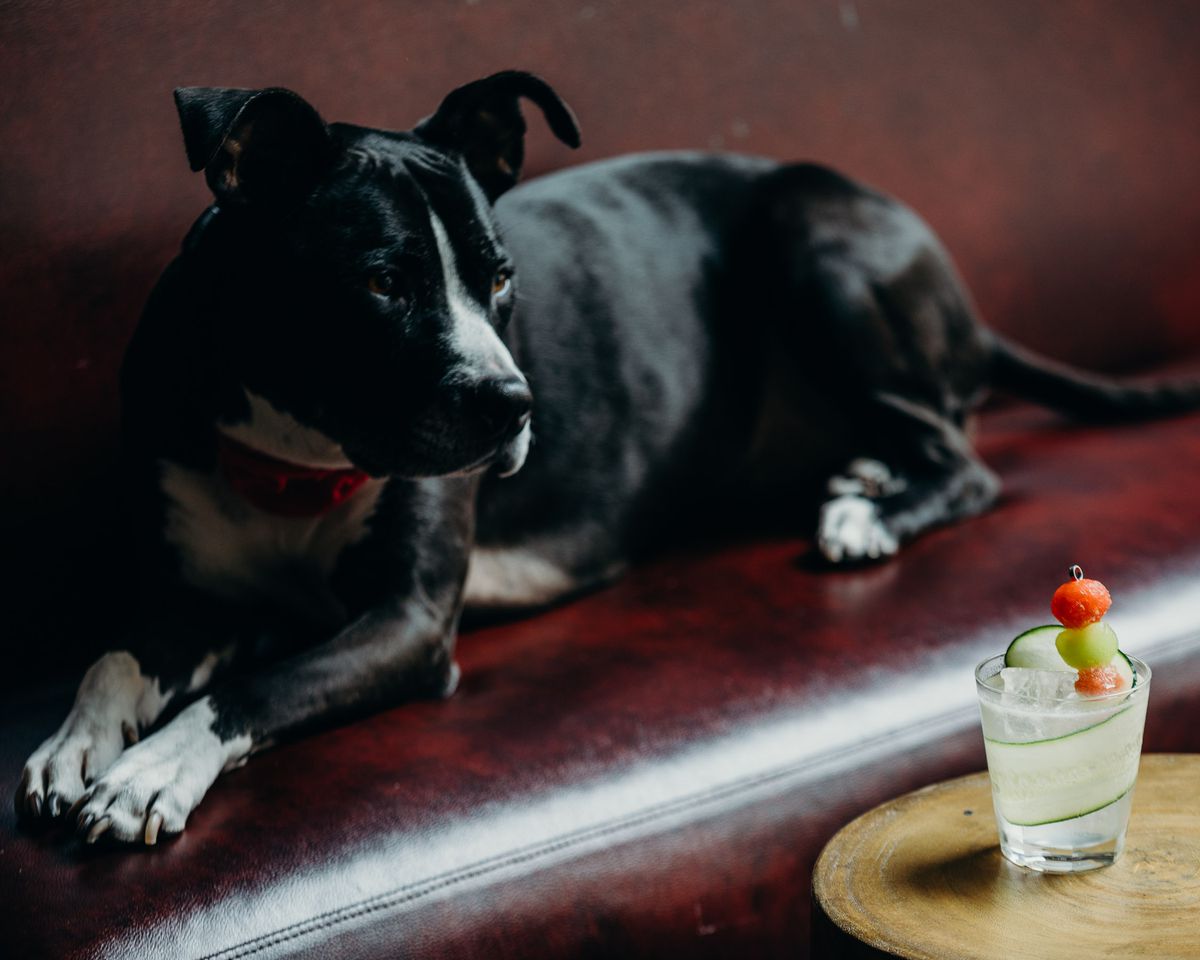 Bartender Kevin Diedrich opened the Kona Street Market in February 2021 shortly after Pacific Cocktail Haven unfortunately suffered a fire, accelerating the team’s plans for the next bar. Though SoMa has been quiet, longtime fans of this talented cocktail team are trying their creative new drinks, as well as Filipino snacks from food partner Pinoy Heritage. The bar was inspired by street markets from around the world, and originally they wanted to call it a night market – until they received a cease and desist from a Los Angeles restaurant group. Instead of fighting it, they decided the simplest solution was to toss a specific name on the front.

Step inside Kona, another pit bull, ladylike 58 pound and 11 year old who has floppy ears that ricochet off with every prance. “Kona has always been a bar dog,” says Diedrich. “I’ve taken her to every job I’ve ever had … she’s like a furry ambassador.” Diedrich says Kona loves people, dogs and especially small dogs. Sometimes he balances items on her head that she hates but tolerates, including cocktails such as those featured in the bar’s logo. “Kona is the face of business. She is our fur ambassador and saved us from legal fees. “Diedrich says the name added to the dog-friendly aspect of the parklet, and when the team runs special events and fundraisers, they’re happy to donate to local rescue workers, including Muttville and Rocket Dog. 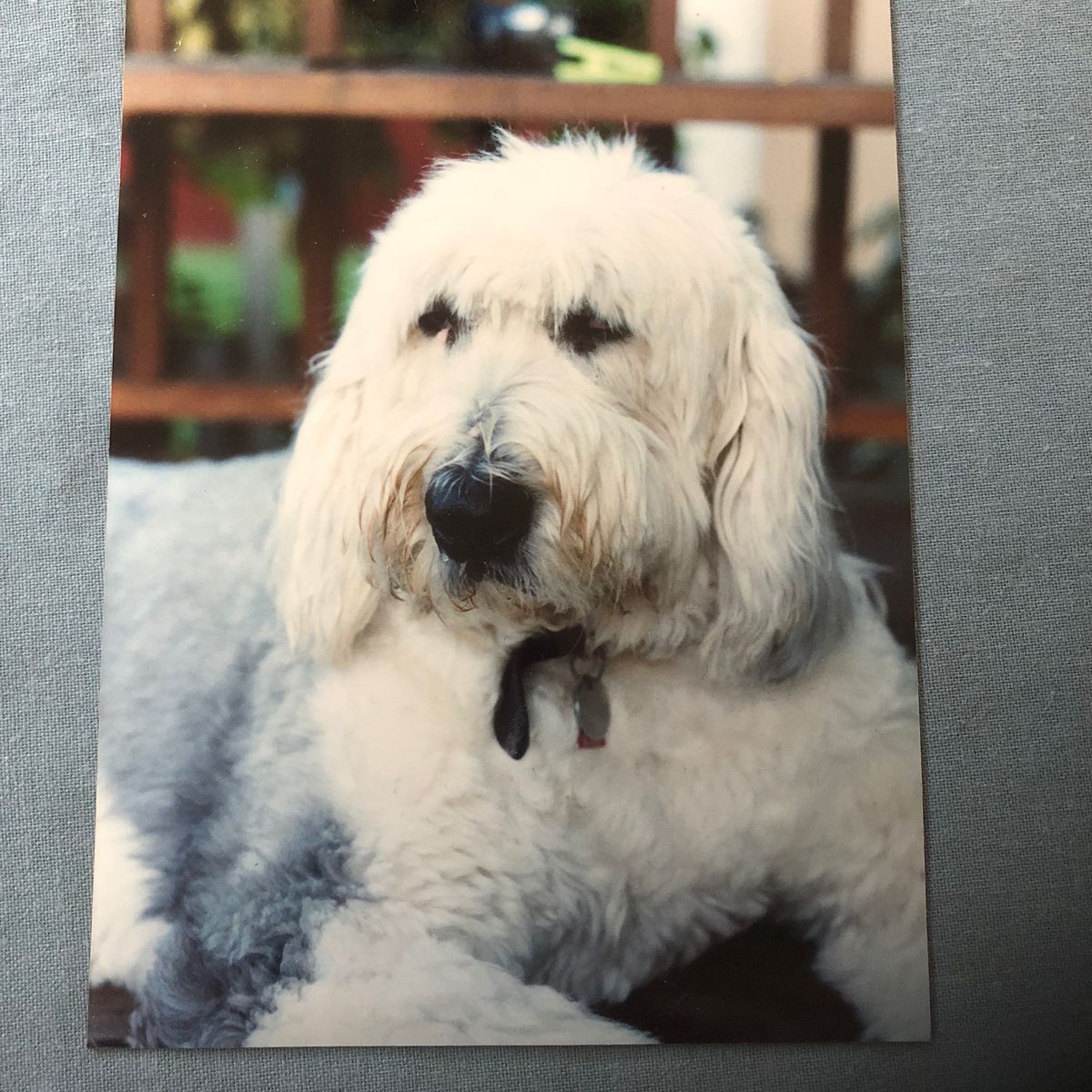 Mr. Digby’s opened its doors in Noe Valley a few weeks ago and has finally brought a strong martini and fully loaded devil’s eggs to the family-friendly neighborhood. Husband and wife’s owners Mike McCaffery (Mission Rock Resort) and Kristen Gianaras McCaffery (Novy) decided to name the place after Mike’s childhood dog. “We wanted to name the bar after someone in our lives who mattered, and we wanted to use a name so that the people in the neighborhood felt like they were meeting someone,” says McCaffery. “… We wanted it to be inviting, a comfortable place in the neighborhood, like” Let’s meet at Digby’s “.”

Cervantes Von Digby the Fourth, his full show name, was indeed a champion Old English Sheepdog. However, because he suffered from hip dysplasia, he was put up for adoption and the McCafferys rescued him from the SPCA. Maybe because his hips ached, but maybe also because he was a little lazy, McCaffery says he enjoyed sitting on the front lawn in his spare time and becoming a respected figure in the neighborhood, so to speak. Even people the family didn’t know would greet Mr. Digby by name. It is now prominently represented in the name and logo of the new tavern as well as in a framed portrait inside.

Mike says they wanted to honor Mr. Digby, but they also didn’t want to overdo it with a full-blown dog topic. That said, the name definitely makes sense for Noe Valley, which is a particularly dog-friendly neighborhood. And although they had chosen the name long before the pandemic, it was only gaining in appeal. “The neighborhood is such a dog-friendly area, and with the slow street and outdoor dining, there are so many dogs out there right now,” McCaffery confirms. “SF is definitely having a puppy boom.”

The day my San Francisco was on fire – literally |...