Azalina Eusope doesn’t so much create Malaysian recipes when she’s in the kitchen, she travels back to her childhood in Penang, where she first fell in love with cooking.

Over a boiling pot of laksa (spicy noodle soup), Eusope sometimes closes her eyes and imagines romping around in the floods after a monsoon in Penang with her pet orangutan Madu by her side. People ate canned sardines after a storm, she recalls, because eating fresh just wasn’t an option. The smell would fill their home.

These childhood experiences have shaped the arc of Eusope’s culinary career over the past decade. Because of this, the chef unveiled a new project on Saturday that is also a by-product of those memories: Mahila, San Francisco’s first restaurant to focus solely on Mamak cuisine, a style of cooking used by Muslim Indians in Malaysia that is often accompanied by open- Air food markets is associated.

The restaurant is located in the Noe Valley at 1320 Castro Street, the former home of the Spanish restaurant Contigo. For Eusope, a fifth generation street vendor, this is their second grocery store in town after their Azalina’s grocery stand on the first floor of the Twitter building, but it’s their first full-service restaurant business.

Owner / creator Azalina Eusope had her plates custom made for her restaurant in Mahila on Wednesday June 12, 2019 in San Francisco, California. Mahila, the first full-service mamak (Indian Muslim) restaurant ever opened in San Francisco.Liz Hafalia / The Chronicle

Mahila’s opening menu features a $ 12 dish of sardine balls, doughy fish balls, and tomatoes. Its origins can be traced back to Eusope’s childhood. Her great grandfather would sell the sardine puffs on the street after a monsoon.

He would carry the Puffs in a pair of bags connected by a pole. The bar would lie horizontally across his back, just above his shoulders.

“The ones he made were just delicious,” said Eusope with a laugh. “My white American ex-husband couldn’t stop eating them when I was making them. He was my taste tester and I knew it would be a dish that I would bring here. That and it just reminded me of home. “ 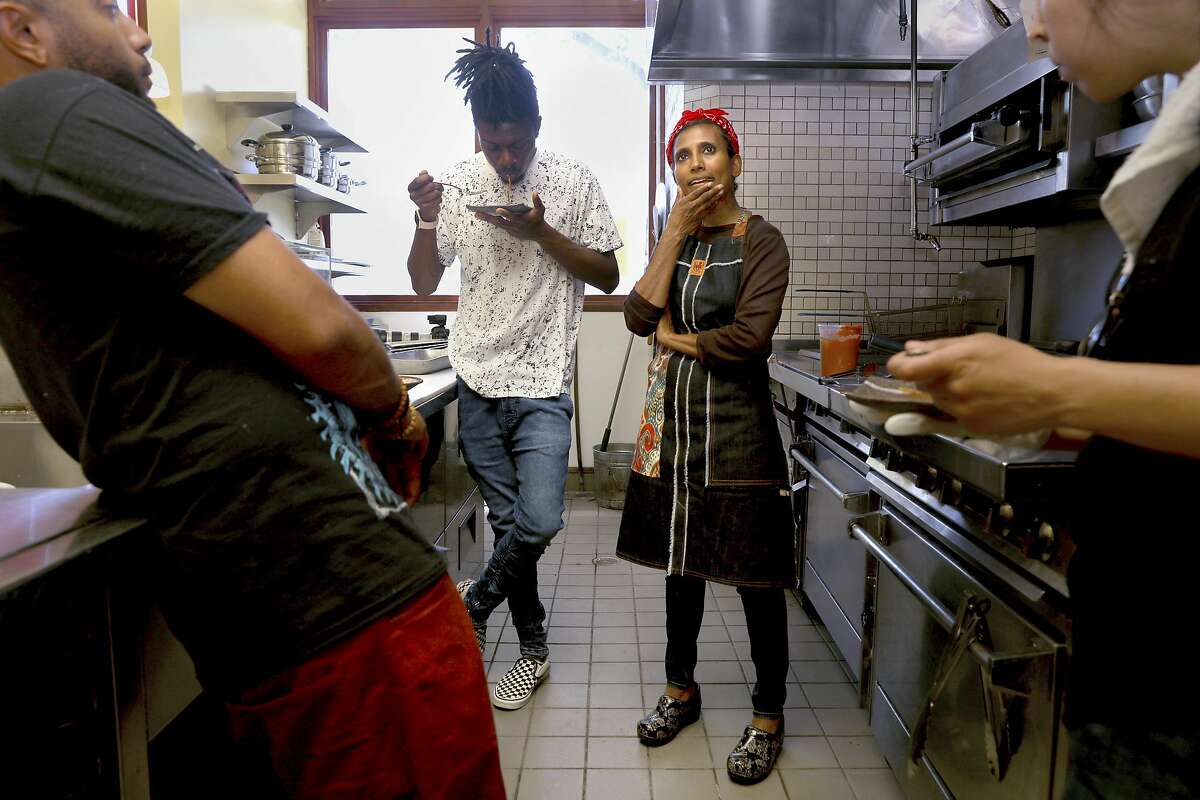 The Mahila menu is a sibling of Azalina’s menu, but more ambitious. While Azalina’s is compact and mostly made up of curries, Mahila’s has a roster of starters – sweet potato dumplings with green onion chutney; Malaysian crepes with an egg and served with curry; white carrot pudding and green coconut bean salad.

Main courses at the Mahila include salted curry with black cod for $ 25. Ayam Masak Merah (chicken in a spicy tomato sauce) with green tomato chutney for USD 20; and oxtail soup for $ 17, among other things. As with Azalina, Mahila has vegan options, including a cucumber salad for $ 15. Brunch is offered on the weekends.

Eusope has had a presence in the San Francisco food scene since Azalina was founded as a catering company in 2010. Their food stand opened in 2015. During this time, Eusope cooked for President Barack Obama and befriended Hamilton’s Lin Manuel Miranda.

“He ate here for weeks and I had no idea who he was,” said Eusope with a smile. “I just keep my head down and do my job. I never know who is really paying attention to what I am doing. “

Even so, Eusope admits that she knows there is a market for her food and that it has a following. She found out about the Contigo room because the store owners knew about her food and told her the surrounding area, a strip of Noe Valley that didn’t have many ethnic restaurants, would be beneficial to her business. 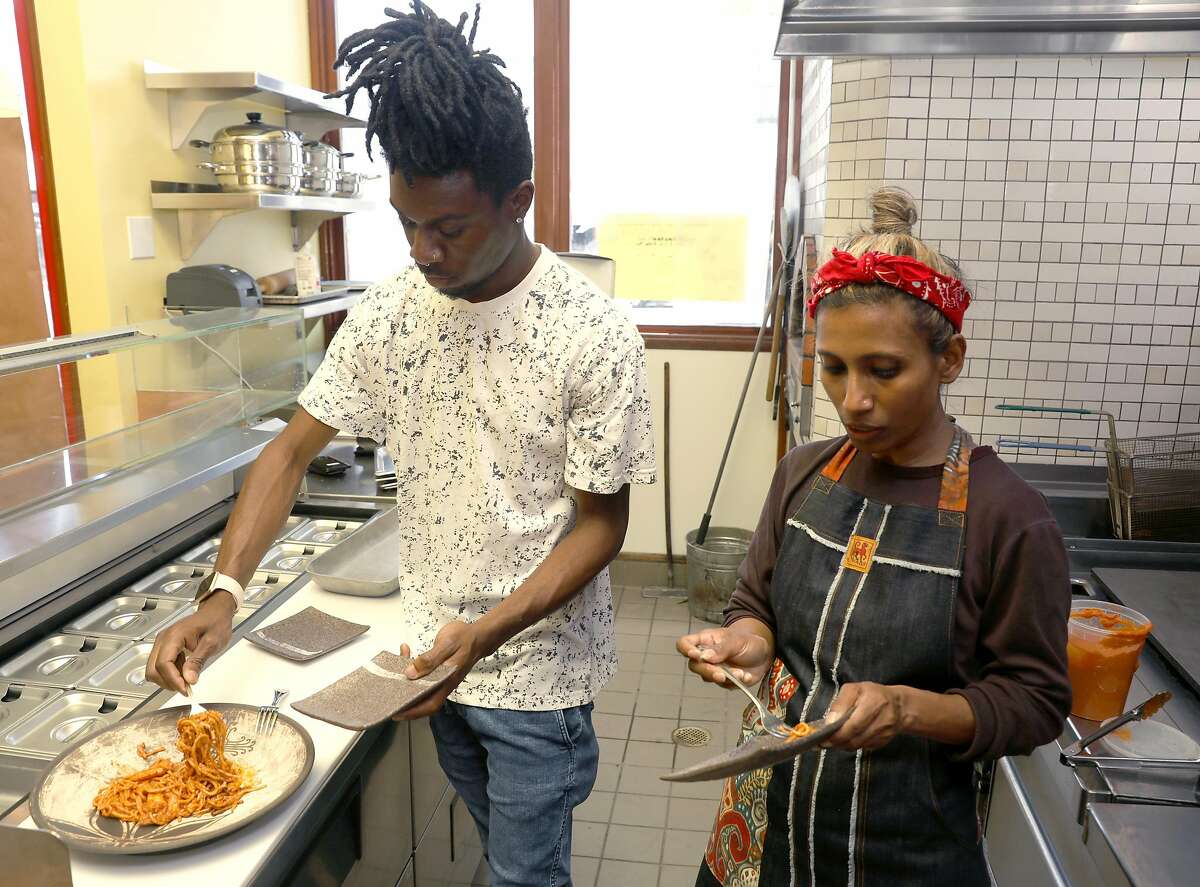 What took so long to open a full-service restaurant?

“I could have done this earlier, but I had things in my personal life that needed to be addressed first. I also just wanted to make sure I picked the right situation. I don’t have any investors with Mahila. It’s all mine, ”she said.

Unlike their food stand, the 70-seat Mahila is looked after by servers, all of whom are colored people. Behind the restaurant there is space for outdoor seating that Eusope would like to use.

In the days leading up to the restaurant’s opening, Eusope took a small step back into the dining room, and the movement moving from one level of the room to another reminded her of her multi-story house in Penang.

“I remember we would be on the second floor of my grandmother’s house if a monsoons hit the water,” she said. “Everything here, I just wanted to take what I remembered, the things I loved as a kid, take those memories and build something so that people would really understand the mamak people like me. I think I did that. “

A Information to San Francisco Structure by The Daring Italic Editors

Meet the man in the bear suit who wanders from Los...