After five long years of anticipation, the Tenderloin gets its first ambitious dining room on Monday – filled with hard-to-find dishes like jerk chicken tacos, vegan dolls and Senegalese peanut stew. Arguably the most popular San Francisco nonprofit that started the careers of chefs with national clout like Reem Assil of Reem’s, La Cocina is considered the first woman-run food hall in the country and is an example of mission-centered development and Nite Yun from Nyum Bai.

La Cocina Municipal Marketplace begins with a midweek takeaway lunch and will debut with six women in color restaurants who have completed La Cocina’s incubator program, which focuses on helping low-income women and migrant women. For most of these entrepreneurs, the 7,000-square-foot food hall is their first opportunity to have their own store, said Jay Foster, manager of the market.

A community-oriented ethos is also branded into the market. The chefs turn off a $ 5 daily meal for accessibility. There is a designated seating area in the community where groups can hold meetings or read something from the bookshelf, which works like a free lending library. There are computers for anyone who needs to use the internet with no purchase required.

“People will see this room and hope it isn’t another gentrifying house,” said Foster, adding that the food hall was rented out of the tenderloin. “We are here to be part of this community. This corner, more than most in this city, needs all the help it can from the community’s point of view. “

A range of guisados ​​from Mi Morena, a Mexican kiosk in La Cocina Municipal Marketplace. Mi Morena will sell Guisados ​​in tacos and pints.

The dining room looks modern, with light wood furniture, splashes of purple, and pots and pans made by a local artist that decorate the walls. In addition to the six restaurants that will open on Monday – Boug Cali, Estrellitas Snacks, Kayma, Los Cilantros, Mi Morena and Terenga – a kiosk awaits the Nepalese momo specialist Bini’s Kitchen, which is expected to open as soon as La Cocina opens the facility for indoor dining opened this summer. There is also an additional pop-up area where chefs associated with La Cocina or the Tenderloin can showcase their food for one-off or longer-term engagements, and a La Cocina-operated cocktail bar called La Paloma which also extends up to Indoor service remains open.

Mi Morenas Guadalupe Moreno, who moved to Tenderloin from Mexico City 20 years ago, said opening a restaurant in her neighborhood was a dream come true.

“I think it will be beneficial for the community not only to have healthy meals, but also to have access to food from all over the world, especially in a community where liquor stores are all over the place but no healthy options “, said Moreno, whose daughter interpreted from Spanish.

Tiffany Carter of Boug Cali said the opening of her first brick and mortar store in the market felt huge.

“For black people in San Francisco, we’re often separated to open restaurants in the neighborhoods we come from,” said the Bayview native. “It means a lot to me to open in the city center.” 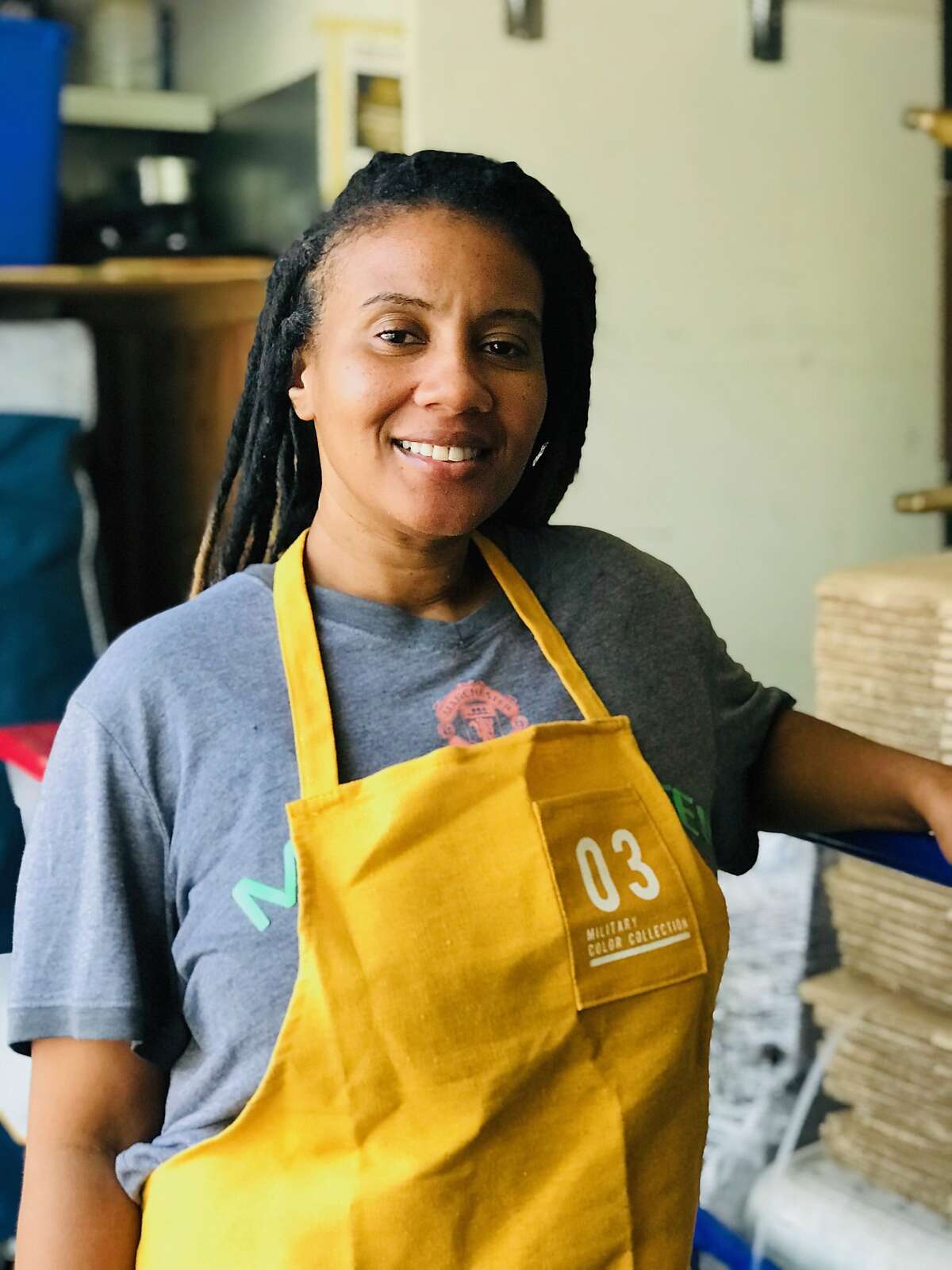 The City of San Francisco will rent the space to La Cocina at below market prices through December 2025, when construction of affordable housing is to begin on the site. La Cocina hopes the Food Hall can be a reproducible model for other community-led developments across the country, with flexible leases for a year to help chefs thrive.

“This is a great way for La Cocina to fill the void for those who for some reason have not been able to grow,” said market manager Foster. “It’s a great stepping stone.”

Boug Cali: Carter calls their stand a Creole bodega that specializes in “fake” po’boys filled with options like $ 12 avocado crispy fried prawns. Also on the menu are jerk chicken tacos on soft flour tortillas ($ 3.50), as well as smoked red beans and rice loaded with smoked turkey ($ 12).

Estrellitas snacks: Chef Estrella Gonzalez’s Salvadoran outfit sells a dozen types of pupus ($ 4.50) with fillings like braised lamb with cheese, chorizo ​​with cheese, and the vegan combination of mushrooms, spinach and beans. Tamales ($ 5) filled with a variety of meats steamed in chili peppers are also available.

Underpants: At their Algerian kiosk, the Wafa and Mounir Bahloul couple offer grilled skewers (US $ 6) and braised meat such as chicken in yogurt and merguez sausage made from beef in tomatoes. These stews are the protein options for couscous bowls ($ 15) and sandwiches ($ 12), served on baguette or Dutch crunch. 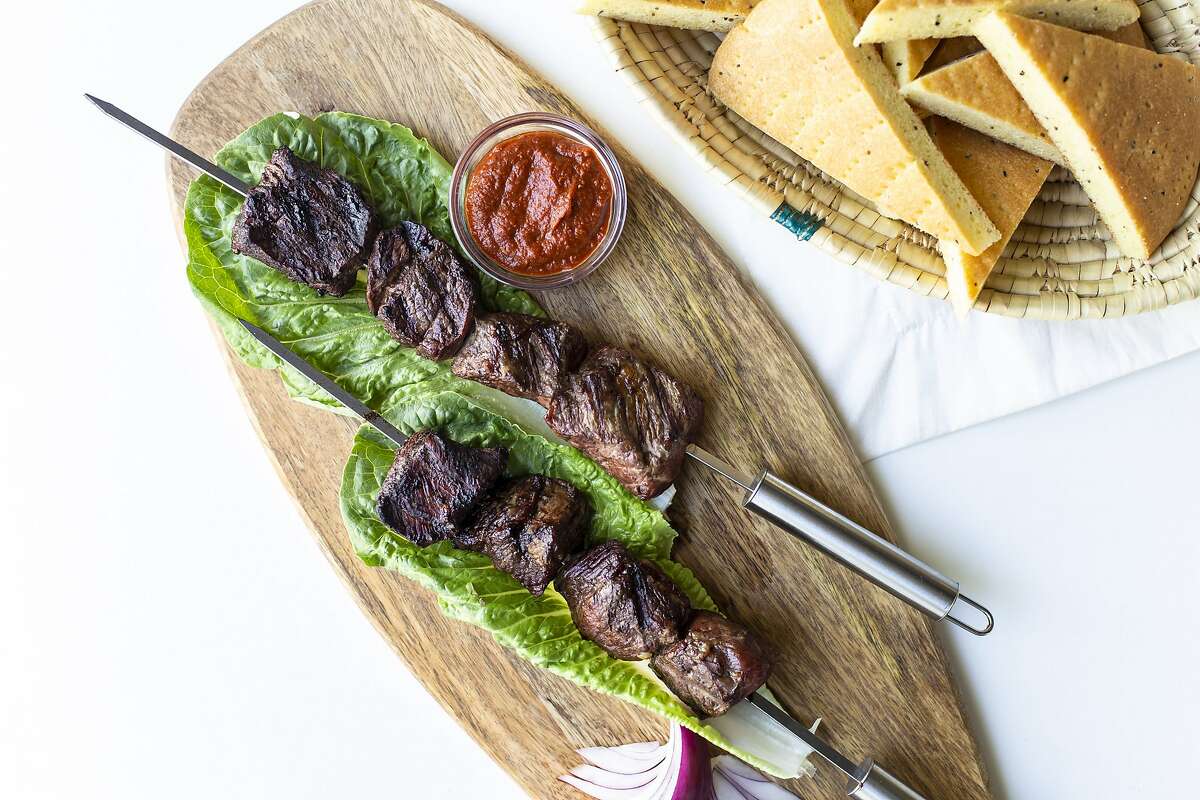 The coriander: Dilsa Lugo, who also runs a restaurant in Los Cilantros, Berkeley, focuses on tostadas ($ 16) in the market. They come topped with chicken tinga, pickled beef tendons, or cactus salad. There are plenty of vegetarian options here, including salads, chilirellenos ($ 15), and cheesy enchiladas ($ 14).

My brunette: The menu at this Mexico City-style kiosk is similar to Moreno’s, with cheeky stews like chipotle-rich chicken tinga, pasilla chilli steak, and zucchini with tomato and corn, available in pint, quart, or taco kit ($ 14)) with handmade tortillas. A new offering is crispy fish tacos (USD 15) on blue corn tortillas with a creamy avocado dressing.

Teranga: After starting Teranga as a baobab juice company, chef Nafy Ba Flatley will serve pan-African dishes inspired by her upbringing in Senegal. Spicy Peanut Stew with Vegetables and Rice ($ 10); Chicken legs are marinated in Dijon and baobab ($ 9); and flatbread is topped with butternut squash, feta, and pumpkin seeds ($ 8).

Pope, Holocaust survivor, communicate in regards to the significance of remembering...

EXCLUSIVE: The sufferer of the mom of San Francisco, New 12...

A sustainability-oriented headquarters in Istanbul, a pool renovation in San Francisco...