After more than 25 years with Mariposa and Bryant on the mission, KQED has initiated new renovation plans for its headquarters in 2601 Mariposa.

The old, almost windowless headquarters of the NPR and PBS subsidiary will be dismantled to the bone to make room for a glassy, ​​cube-fronted concept conceived by EHDD Architecture.

“We want to strip the facade and invite people in,” EHDD director Rebecca Sharkey told urban design critic John King of the San Francisco Chronicle in January. “KQED told us from the start that they wanted to be more visible to the community and find out what public media were doing.”

KQED beamed over its new space and said, “The dynamic glass facade of the new headquarters reflects KQED’s commitment to transparency. The raised corner entrance, expanded new lobby, and new program rooms, including a rooftop event space, create a vibrant and welcoming space where you can convene, connect, and engage with everything KQED does. “

Much like other new downtown buildings, rented mostly from tech giants like LinkedIn and Salesforce, KQED’s space will be outfitted with a public gathering area with wooden amphitheater seating.

The main entrance will also move from the center of the block to the corner of Mariposa and Bryant. The expansion of the building can increase staff growth by up to 40 percent. (KQED currently employs around 450 people.)

Other details include a larger newsroom and studio, a communal area that hosts live events, and an outdoor terrace on the top floor.

The project is expected to take two years to complete and cost approximately $ 91 million.

The new inviting lobby with seating in the amphitheater. 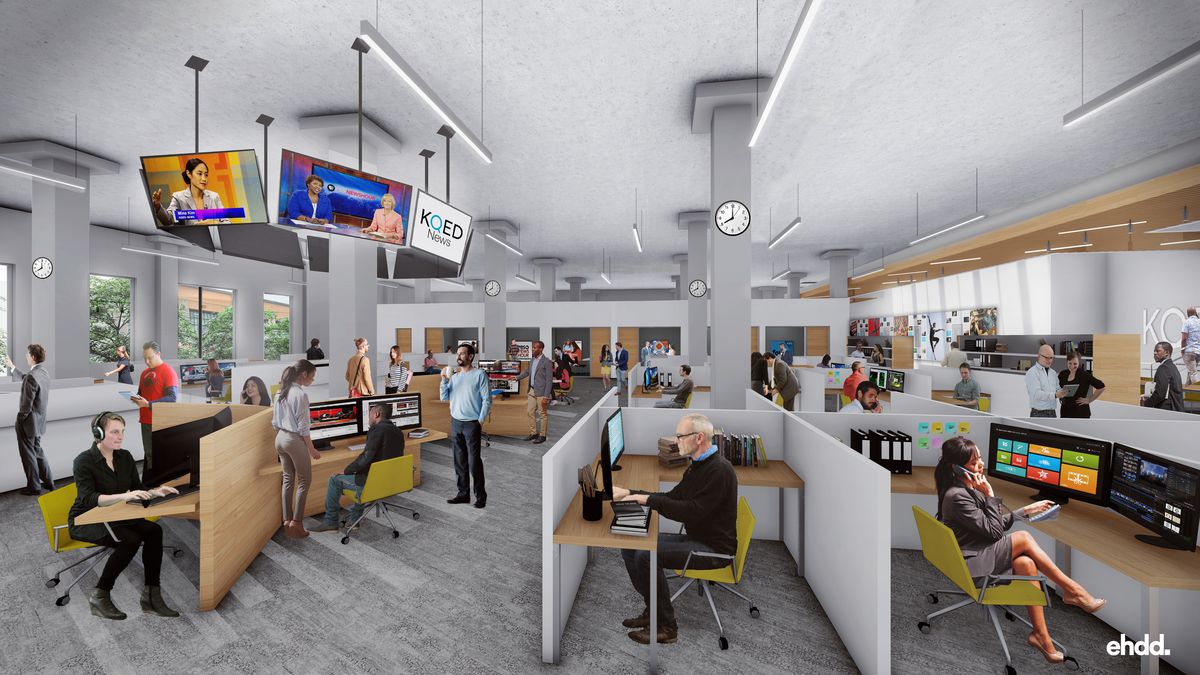 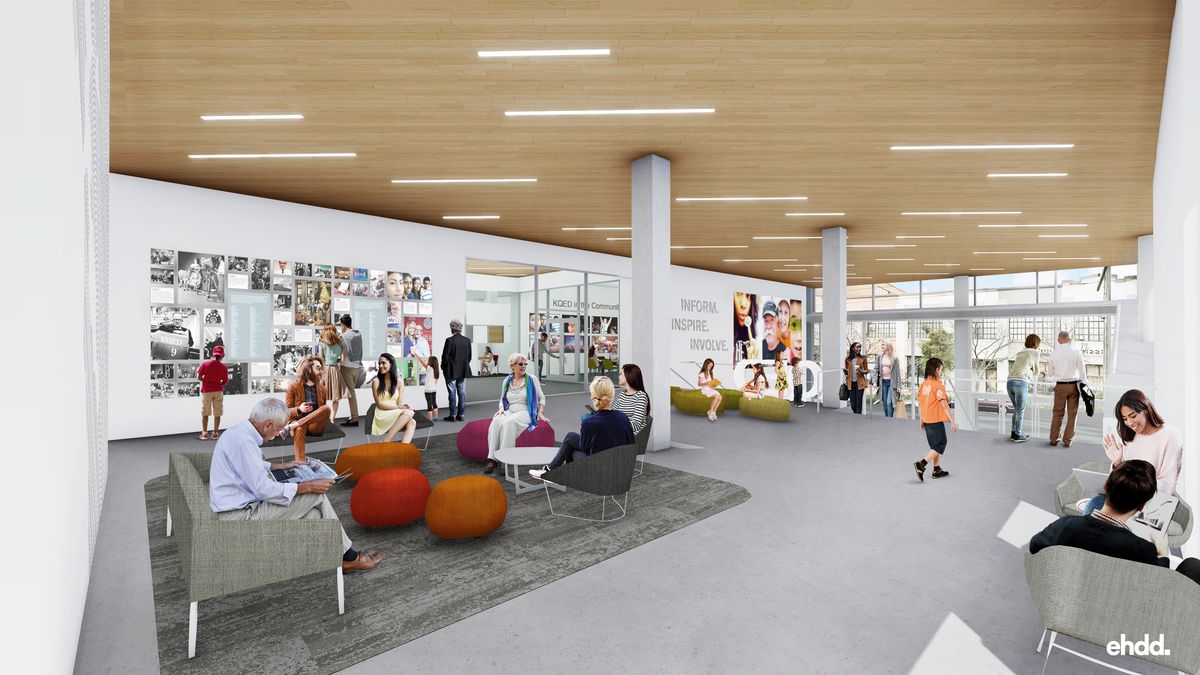 Upper lobby referred to as the “common room”. 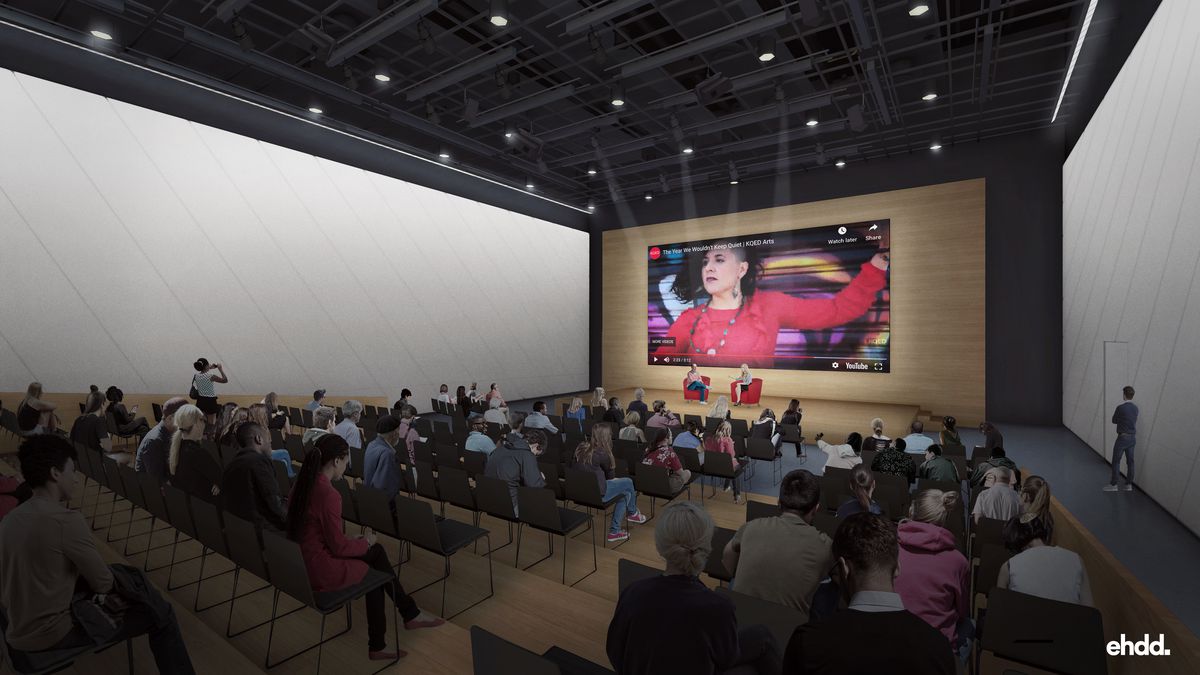 Experience this San Francisco studio apartment with a shower in the...