What You Need to Know About Black Angus 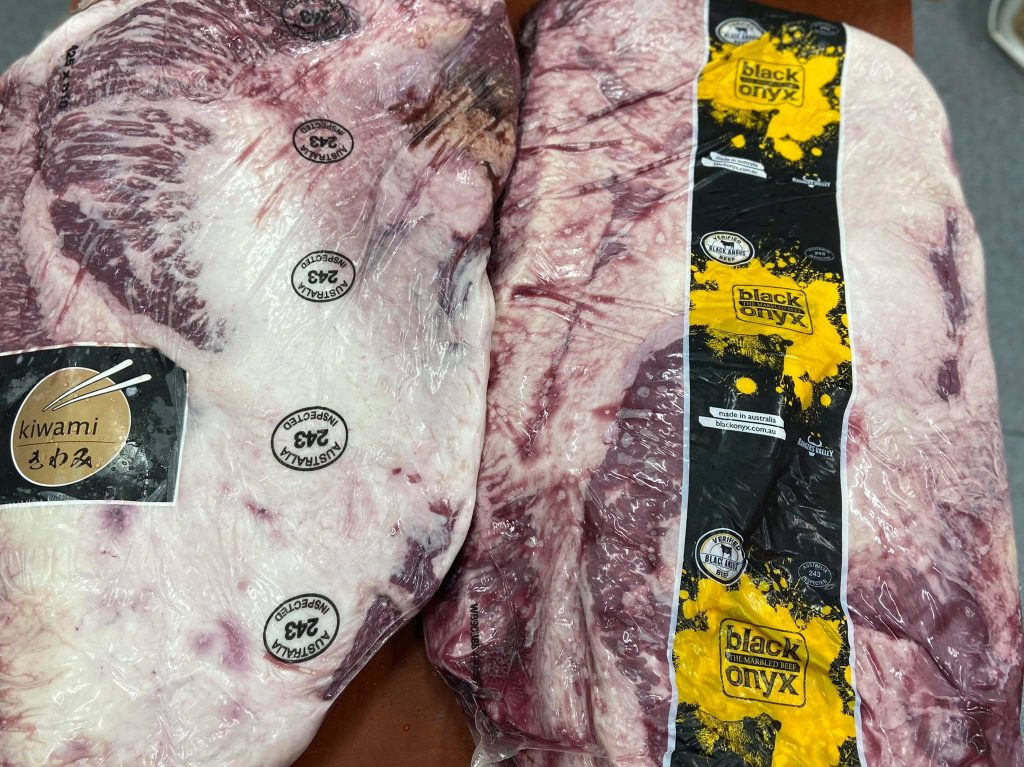 Black Angus Beef has recently gained popularity as some of the greatest beef available, thanks to its rich flavour, melt-in-your-mouth tenderness, and significant marbling. Angus beef has become so popular that it is now listed as a description on the menus of chains, quick service, and fast-food restaurants. But, is the hype for real? Does Black Angus really live up to its name?

What is Black Angus?

The Angus has its origins in 12th-century Scotland when highland farmers produced black hornless cattle. However, it was not until the 1800s that an attempt was made to develop the breed into what it is now. Two distinct cattle breeders in the Scottish counties of Angus and Aberdeenshire created what would become the world's most famous meat cattle. Angus is the name of a cattle breed developed in the mid-nineteenth century by a guy named Hugh Watson from animals native to Scotland. Watson's efforts to maximize the black skin of these animals are thought to have produced virtually all of the Black Angus cattle alive today. The American Angus Association was created in the 1880s after these cattle were imported to the United States in the 1870s. Because of their inherent proclivity for marbling, Angus cattle are highly desired for beef production because they produce very delicate and tasty meat.

What makes Black Angus so Special?

Angus meat grows with more intramuscular fat than ordinary animals. Marbling, according to most people, increases taste, softness, and keeps meat wet when cooking, especially at high temperatures. Cattle must be healthy and enjoy a low-stress lifestyle in order to provide the best meat. While the uneducated customer may overlook cow health and lifestyle problems, real beef enthusiasts understand that a healthier, happier steer makes for a more delectable steak.  Stressed animals produce meat that is stringier, tougher, and has a rangier flavour. Beef is rated according to marbling, with the Prime grade having the most marbling. Prime, often known as "Certified Angus Prime," is the highest grade available and fulfils a long-range of US Department of Agriculture (USDA) requirements. Prime grade Angus beef accounts for less than 3% of total Angus beef production, which explains its high price in the market.

The United States Department of Agriculture (USDA) inspects all beef for wholesomeness and grades it for quality and uniformity. You've probably heard of the grades Prime, Choice, and Select — and Prime is at the top of the list. Marbling has a significant impact on quality ratings. Meat Standards Australia (or MSA) is the Australian beef grading system that is governed by Meat and Livestock Australia (MLA). A variety of factors are considered while determining the MSA grade for beef, including flesh colour, marbling, fat depth, carcass weight, maturity, and pH levels. The AUS-MEAT grading scale, which ranges from 0 to 9, is the older norm. It is quite similar to BMS in that it indicates the amount of marbling in cattle. It employs a 1-point scale ranging from 0 (no intramuscular fat) to 9 (extreme levels of intramuscular fat).

What is the Best Way to Cook Black Angus Beef?

Because Angus beef is a breed of cow rather than a type of beef, it is cooked in the same manner as any other meat. For best taste and food safety, we recommend cooking to at least 145°F, which takes around 10-15 minutes. Transfer the steak to the oven and cook for another 4-6 minutes, or until it reaches the desired temperature, after searing it for 3 minutes per side. Because Angus beef is often more costly than other cuts of beef, you want to avoid overcooking the cut, which will dry up the flesh and spoil your dinner.

How Do You Properly Store Black Angus Beef?

Regardless of the breed, variety, or grade of the beef, it must be carefully preserved to ensure freshness and the best flavour and texture. Raw meat may be stored in the refrigerator for up to three days without jeopardizing its safety or flavour. To keep it fresh at home, store it immediately in its original packaging, either in the refrigerator if you want to cook it within four days or in the freezer for extended storage.

Where is the Best Place to Purchase Black Angus Beef?

Angus beef should be available at almost every grocery store, butcher, and specialty food store. Black Angus Beef should be prominently labelled on the box of meat; Look for the Certified Angus Meat mark if you want to be sure you're getting high-quality Angus beef. When you are in Melbourne, the best place to procure the top quality Black Angus Beef is in The Meat-Inn Place Lilydale. Not only do they have multiple grades and cuts of Black Angus Beef, but they also have the world's finest Wagyu available at their online and physical butcher shop. You don't have to worry about getting your weekly meat even during this pandemic because The Meat-Inn Place will make sure that your meats are delivered fresh right at your doorstep.